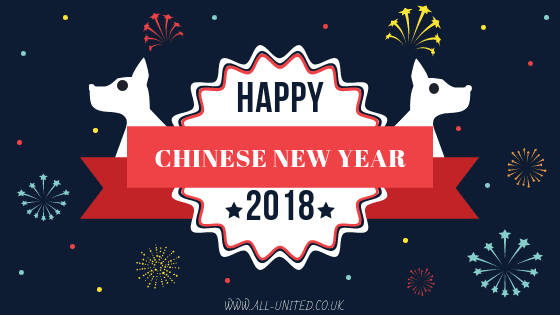 This year’s animal for the New Year is the dog. Every year’s animal changes and such changes signify something or the other. These animals are decided according to the twelve zodiac signs of the Chinese culture. Another interesting fact is that this year’s element is “Earth” and the earth dog year comes only once in sixty years.

The celebrations will incorporate an amazing dragon parade, accompanied by the traditional lion dancing, acts of martial arts displays, delicious food stalls, a funfair with over 20 rides on Charlotte street, and a massive fireworks display at six in the evening. 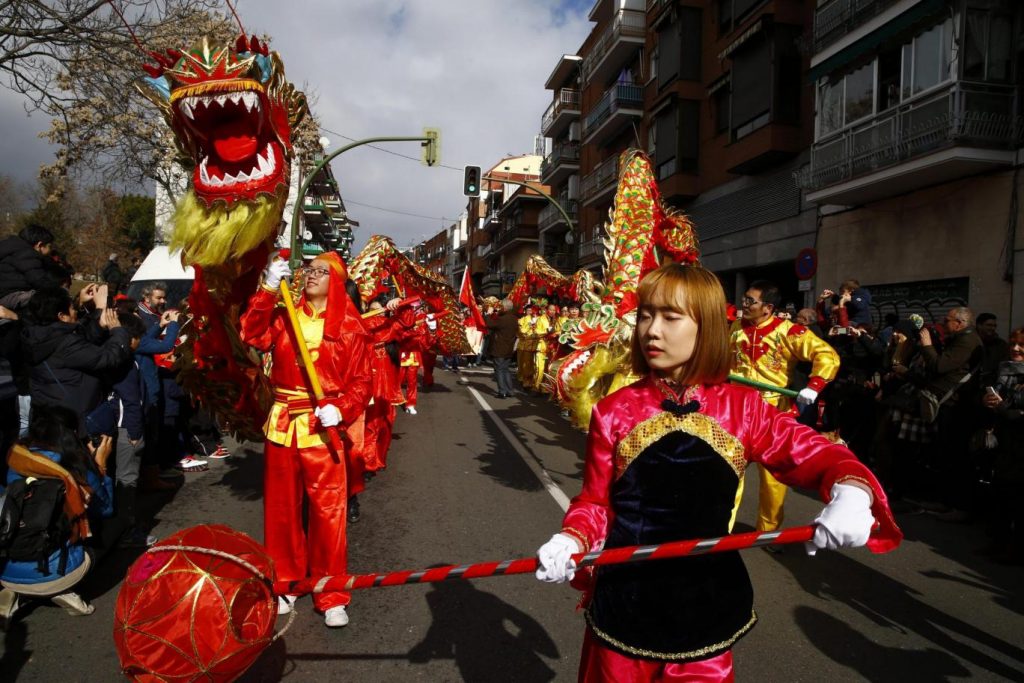 According to the agenda, the parade will begin at twelve in the afternoon. At twelve the Martial arts and dance displays in Albert Square will begin. It will be accommodated with the help of drum and music, as per the traditional style. 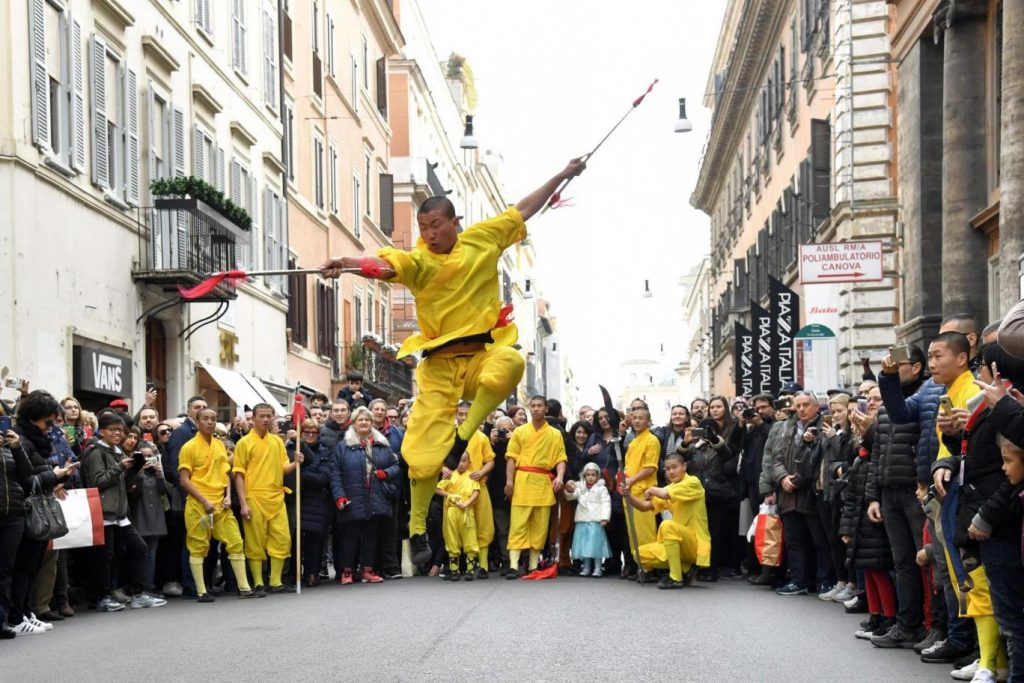 Next, by twelve thirty the dragon will appear in the Albert Square. The dancing will commence along with the dragon. With the addition to this, there will be traditional music and dance. 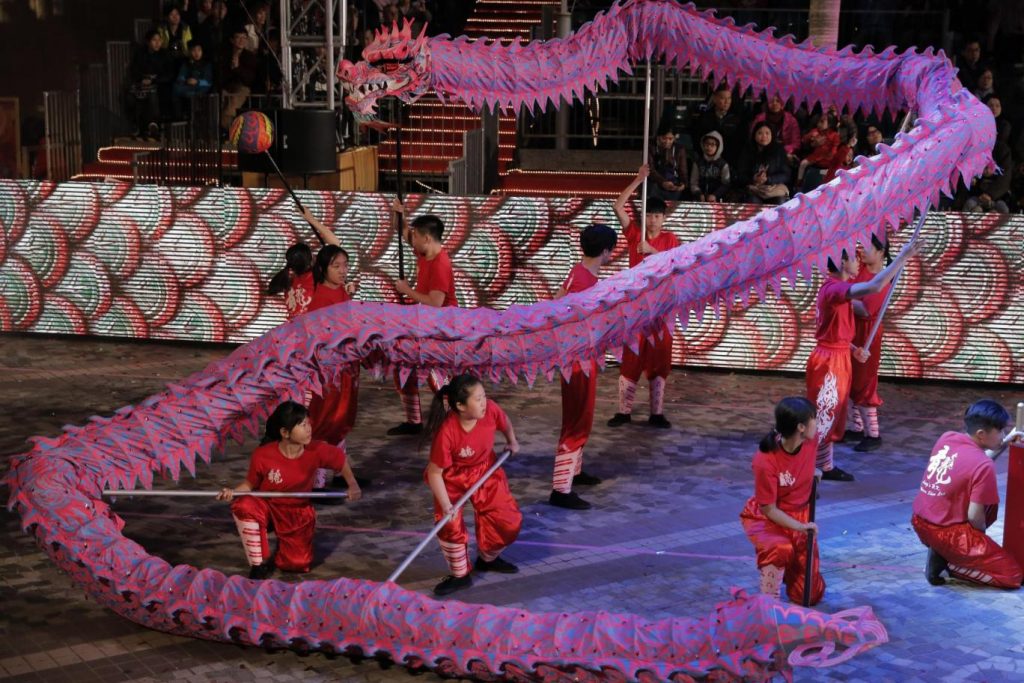 The parade will continue with its procession and will march towards Chinatown at one in the afternoon. It will stay there, dance and music will fill the Chinatown Hall. Then it will move forward to Chinatown NCP car park, at half-past one.

The company of dancers and musicians will continue their acts. And at the Chinatown NCP car park, there will be firecrackers and addresses will be made to the community leaders, guests of honours, and VIPs. 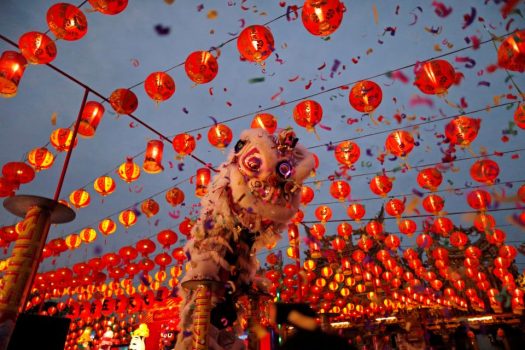 The time between two and five is fixed for the unicorn and the lion to make their visits to the various businesses in the Chinatown. During this time, both the lion and the unicorn will be wishing good luck to these businesses and will bless them. 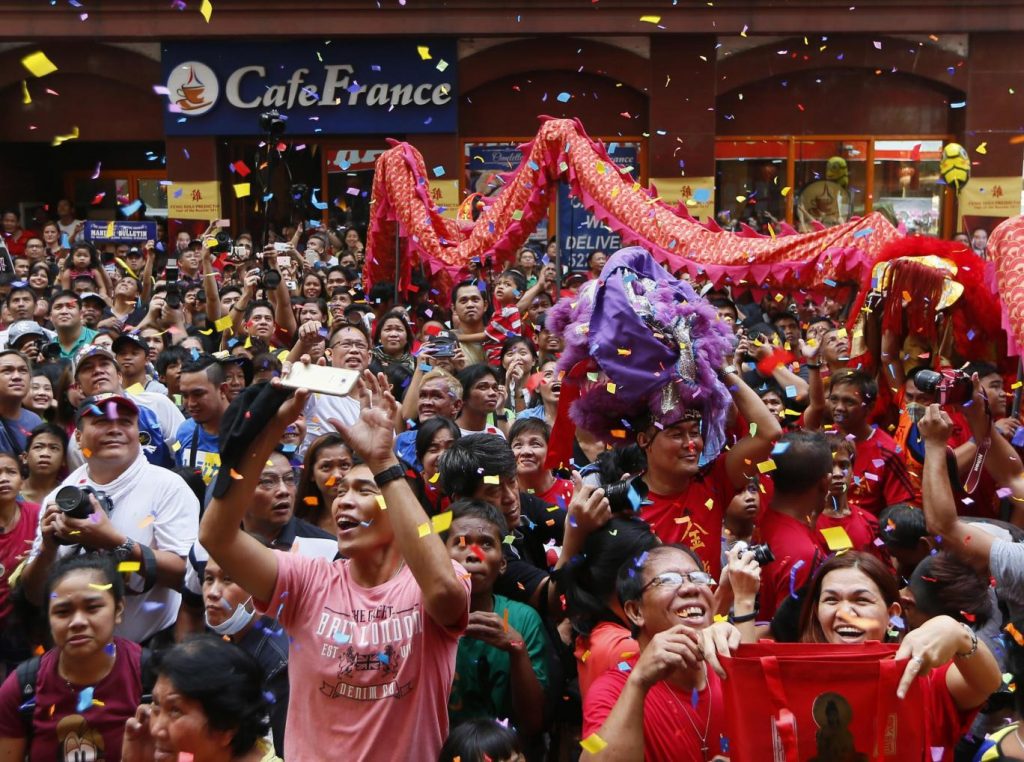 Some business chooses to light up some firecrackers, all in the happiness of being blessed by the heavenly beasts. It is considered as good luck.

At the same time, the two different stages in Chinatown and Albert Square will have a display of various acts. These acts are all inspired by the traditional Chinese culture and may be in the form of music, dance, and acrobatics.

At six in the evening, the grand finale will commence with the grand display of fireworks, which will conclude the day’s celebrations.

#ChineseNewYear celebrations have started in #Manchester – we love seeing the traditional lanterns across the city! #YearoftheDog! 🐶 pic.twitter.com/jeGnpBkfMU

The prosperity toss, longevity noodles and three other Chinese New Year food and drink traditions you need to know about https://t.co/vo1xiytaSH #Manchester pic.twitter.com/tz3CD8Zz0Y

What to Wear for this Celebration?

New Clothes for this celebration is a must as it has a deep significance. The purpose of getting new clothes for a celebration of New Year is to signify that you are letting go of the older times and embracing the new year. It is also believed that New Year’s new clothes are auspicious and they ward off the evil spirits.

Here is what you could wear for this celebration in case you want to go traditional:

There is no restriction on what to wear or how to wear it. The Chinese New Year is a great day to be out with family. Enjoy this year’s new year in Manchester with the parade and delicious food!

Suggestion Reading : Fun and Romantic things to do in Manchester for Couples